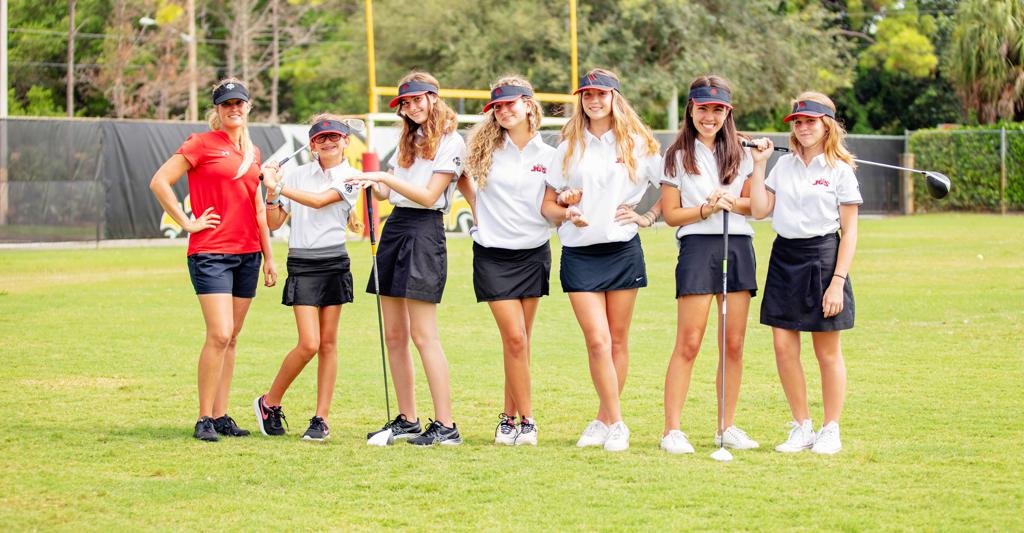 Varsity girls started out the week strong defeating Benjamin at home 3-1. They lost their next two games to strong Boca Christian and Lake Worth Christian teams. Next game: Come out on SENIOR NIGHT, Tuesday 9/21 at home VS. Cardinal Newman where we will honor our seniors before the game. Game time is 7pm.

JV volleyball came up short in all their games this week. Next game: Tuesday 9/21 at home vs. Cardinal Newman at 5:30pm.

MS volleyball fell to Benjamin and Lake Worth Christian. Next game: Monday 9/20 at home vs. Benjamin at 4pm.

Eagle swimmers had another great meet on Senior Night against Jupiter High on Monday. Senior Captains Kevin Young and Isaiah Petree set new personal bests in the 100 free and 200 free, respectively. Senior Cooper Parry added two strong showings in the 50 Free and 100 Free. Sophomore Rebekah Malone had 3 swims, and 3 best times, including a 7 second drop in the 500 Free. Freshman Courtney Grady found her stroke in the Backstroke, setting two best times, including the opening leg of the Medley Relay. Jupiter Christian swims again Monday 9/27  at the FSPA Swim Meet in Stuart.

Varsity Boys lost their home match to King's Academy on Thursday. Eagles will travel to Oxbridge in their next match on Tuesday 9/21.

Our Varsity Cross Country runners had strong showings in the Jupiter High and Spanish River Invites this week! Boys placed 4th overall out of 10 in the Jupiter High 5K meet at Carlin Park. Dylan Webb finished 6th overall out of 99 runners, with a time of 19:43. Joshua Gould finished 34th overall with a time of 21:52. For the girls, Rebekah Ambrosius and Amalia Rimes finished 21st and 22nd out of 92 runners with times of 24:57 and 25:00 respectively. The girls team finished 5th overall.

In the Spanish River Invite on Friday multiple PR's were set by both our Varsity and MS runners at a meet that featured schools from all over the Tri-County. The varsity boys race held a total of 258 runners. PR's included: Dylan Webb with a time of 18:38, 45th overall, Joshua Gould 20:48 and 113th overall. For the girls, Rebekah Ambrosius finished 77th overall and Amalia Rimes finished 87th out of 215 runners with times of 23:32 and 23:46 respectively.

The MS team had a great meet Friday as well.  MS Boys placed 9th out of 30 teams.  Ada Robinson came in  first for JCS MS girls, breaking the JCS MS girls 3K record with a time of 13:30 finishing 22nd out of 135.  Brex Robinson came in first for the MS JCS boys at 62nd out of 213 with Grayson Willette and Bryce Bolinski close behind. Top times included:

Our MS Boys picked up their first W of the season on Thursday defeating Glades Day in a shutout 12-0!! Make sure to come out and see them at Home on Thursday 9/23 at 4pm as they take on Palmer Trinity.

Varsity Boys picked up a solid win Friday night in Fort Myers! Eagles defeated Gateway Charter 25-18. The boys are back at Home this Friday at Jupiter High School VS. Boca Christian at 6:30.

Athletic Clearance & Tryouts -- Are you ready?

Mid-July is here, which means we are only a few short weeks away from the start of the 2021 Fall Athletic Season.  Are you ready?

Before participating in Tryouts (some begin on August 2), each student-athlete must be cleared through Athletic Clearance.  Cleared = ALL parts of required eligibility have been completed, uploaded, submitted and then reviewed by the Athletic Department.

If you haven't already started the process, start now!  Go here to start:  Athletic Clearance Information.  If you have already started, please continue to update your account as steps of eligibility are completed.